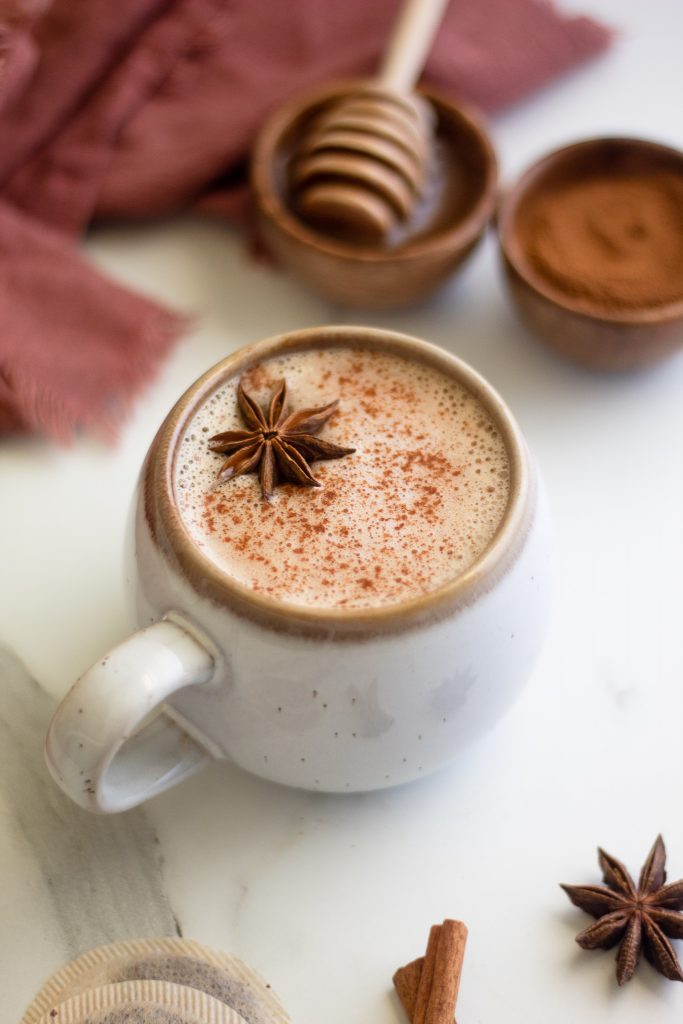 This Vanilla Cinnamon Tea Latte is incredibly cozy, warming and SO delicious! Made with an herbal rooibos tea, creamy oatmilk and a touch of honey, it’s ultra tasty and my go-to drink for a Fall morning!

This post is sponsored by Sprouts. Thank you for continuing to support the brands that I love and believe in!

You guys! I don’t even think you’re ready for the deliciousness of this recipe. It’s like if you combined everything good you love about Fall – the spices, the warmth, the cozy feelings….you get this drink.

You know I love my coffee but since becoming pregnant, I have cut back a lot and have focused more on tea. 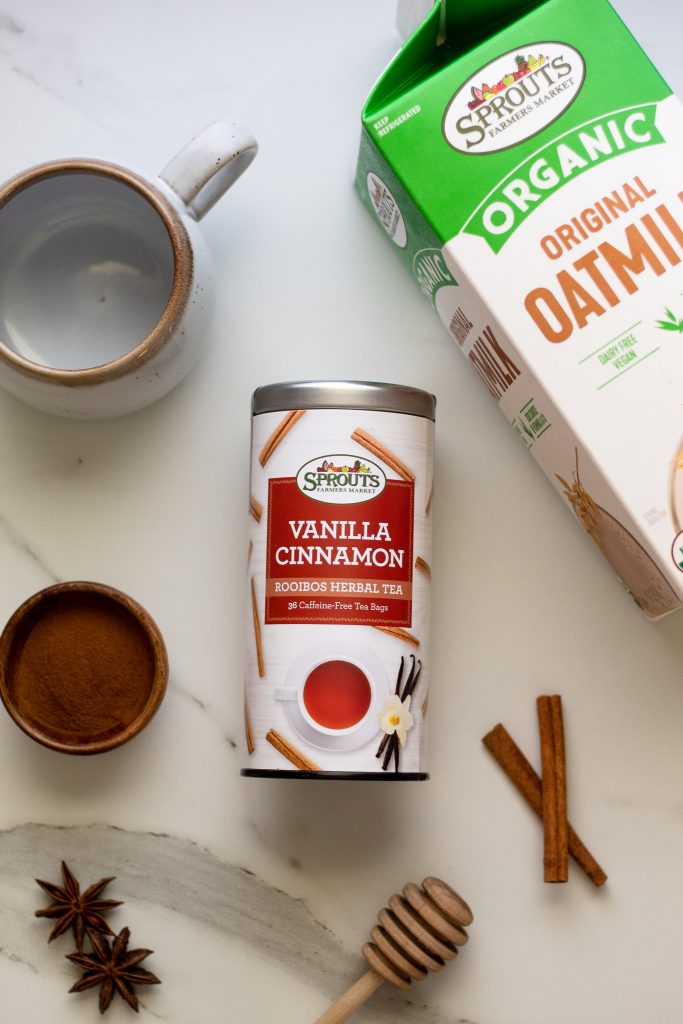 Walking into Sprouts to pick up my weekly groceries has been even better during this time of year because they have out *all* of the Fall things! From fun seasonal flavors to the most ornate pumpkin displays, I could spend hours there.

Why You’ll Love This Drink:

I’ve been making this daily for a fun afternoon beverage to sip on to get through those last few hours of work. I love it because it’s caffeine free but still feels like it gives me a little oomph to make it through the day, you know?

Plus who doesn’t love to wrap their hands around a warm mug of coziness?!

The Vanilla Cinnamon Rooibos is a great way to ease into Fall – the rooibos tea itself has the BEST subtle yet rich flavor. It’s gentle, warming and has nutty vibes.

The cinnamon and vanilla flavors add an even more of a pleasant and comfortable taste.

You could really just brew yourself a cup of the tea and enjoy it from there!

But….why not add in a little bit of extra sweetness and add ultra foamy and delicious Sprouts Organic Oat Milk? 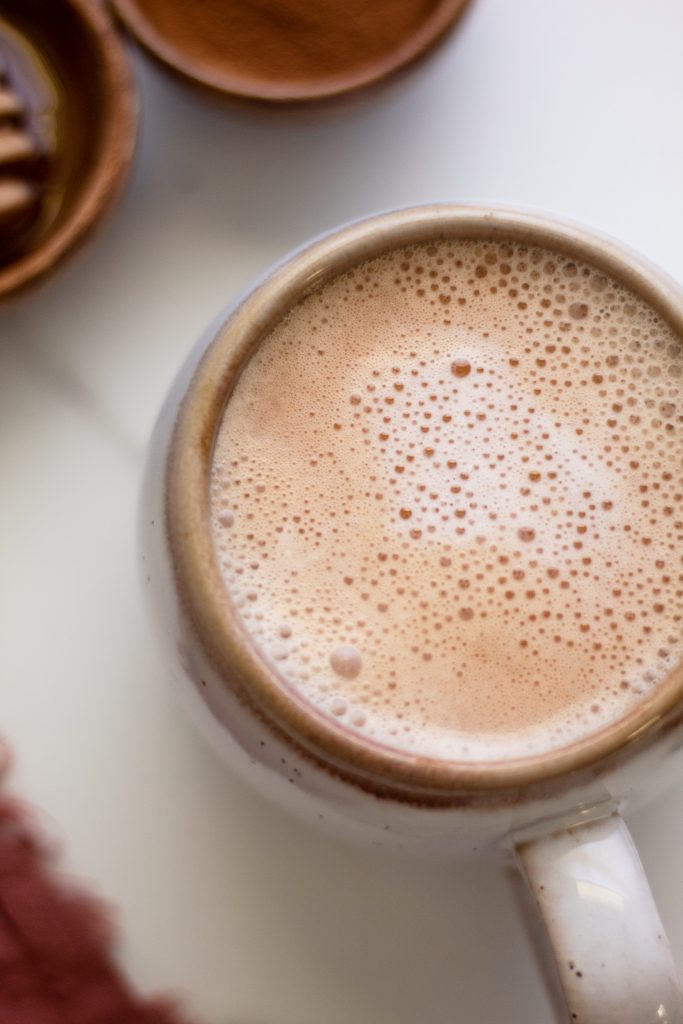 This oat milk is, in my humble opinion, truly the best milk for frothing. It is incredibly creamy and not overly sweet.

It simply adds a delicious frothiness to the top of the drink that will make you feel like you’re at your favorite local coffee shop!

Add some extra cinnamon on top to really help bring out those natural cinnamon flavors in the tea and you’re all set for a delicious fun Fall drink!

Tips for Making the Best Tea Latte at Home:

One amazing at home tool for this recipe you will need is a handheld milk frother. They’re inexpensive and will really save you time in regards to frothing the milk.

If you don’t happen to have a milk frother, no worries. There are a couple of different methods you can try to get it frothy. One would be to add the warmed oat milk to a mason jar and shake it up until you get a frothy texture – about 1 minute.

I’ve also heard of people adding the warmed milk to their french press and then using the pump of the french press, pump the milk up and down until it has frothed.

You could also try a blender or immersion blender! However, I have found that the easiest and most consistent way to get the froth you desire is using that handheld frother.

Alright – so, first, let’s make the tea! Grab your favorite mug and place the tea bag in the bottom of it. 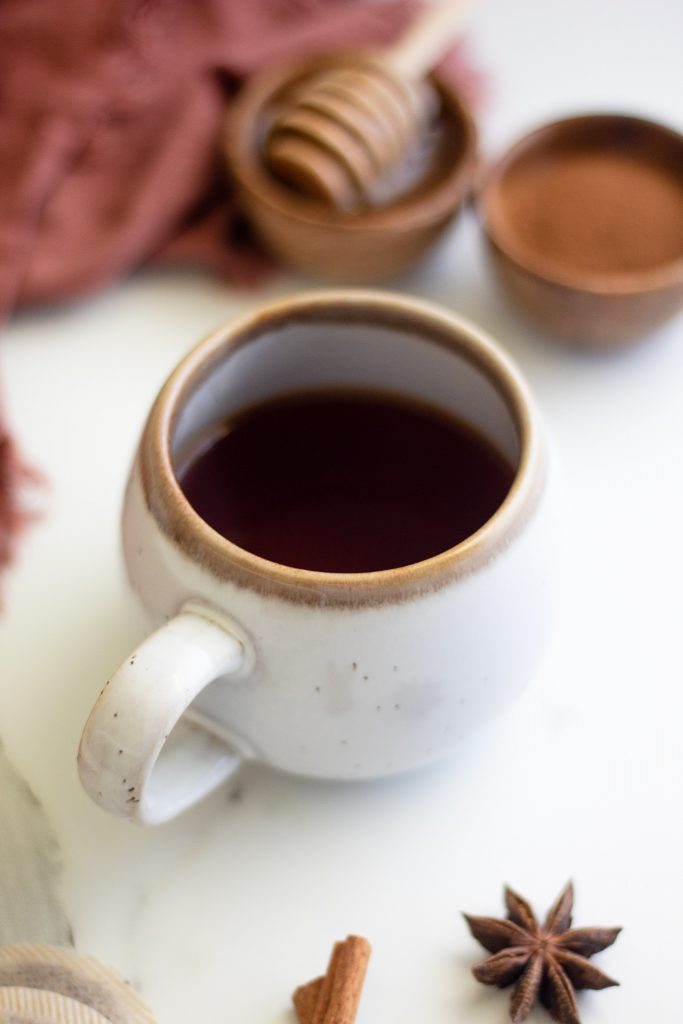 Heat up water until it’s boiling and then carefully pour the tea over the mug until about ⅔ of the way full, so you have room for the milk!

Let it steep for around 3 minutes and carefully remove the tea bag. This is the best time to add in the sweetener if you desire it! 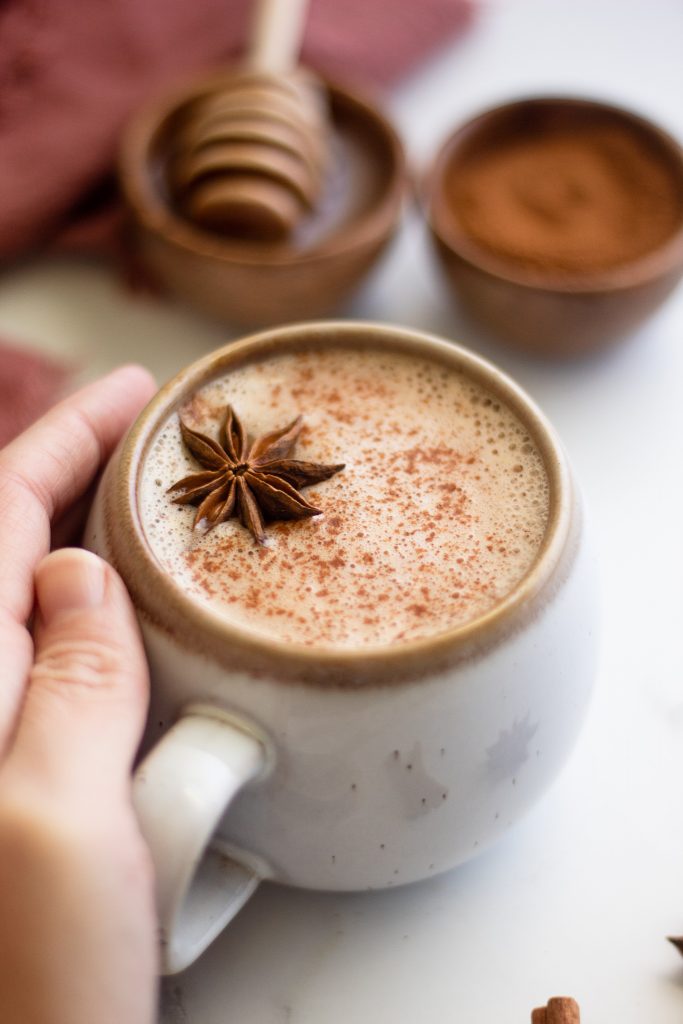 I have tried adding both a tbsp of honey, maple syrup or brown sugar to this latte and they are all equally delicious! Whatever you choose, be sure to mix it in to make sure the sugar dissolves.

I then use my milk froth to get it super bubbly. Pour the frothed oat milk directly on top of the latte.

Sprinkle some cinnamon on top and voila! Your drink is ready. Delicious, oh so warming and the perfect Fall beverage to curl up under a blanket with. 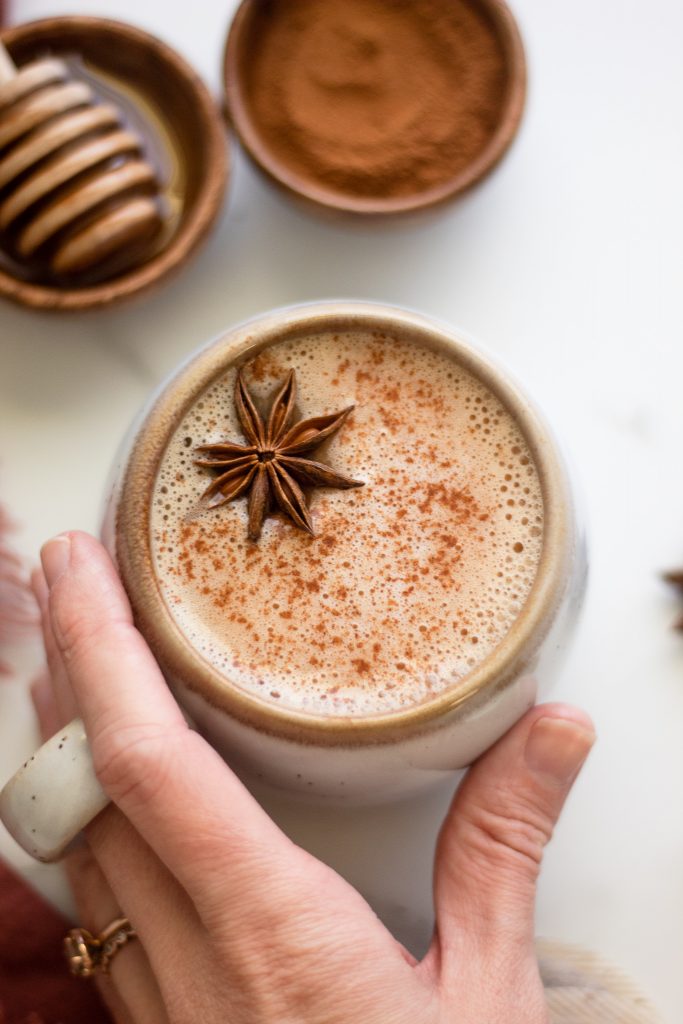 And y’all, if you’re truly a tea lover like myself – you *must* try out Sprouts new line of teas. If you’re looking for caffeine, they got you covered, something fruity? Several different options are now available in store – including the Vanilla Cinnamon Rooibos that I used for this drink. 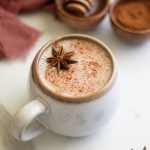 This Vanilla Cinnamon Tea Latte is incredibly cozy, warming and SO delicious! Made with an herbal rooibos tea, creamy oatmilk and a touch of honey, it’s ultra tasty and my go-to drink for a Fall morning!

This website uses cookies to improve your experience while you navigate through the website. Out of these, the cookies that are categorized as necessary are stored on your browser as they are essential for the working of basic functionalities of the website. We also use third-party cookies that help us analyze and understand how you use this website. These cookies will be stored in your browser only with your consent. You also have the option to opt-out of these cookies. But opting out of some of these cookies may affect your browsing experience.
Necessary Always Enabled
Necessary cookies are absolutely essential for the website to function properly. These cookies ensure basic functionalities and security features of the website, anonymously.
Functional
Functional cookies help to perform certain functionalities like sharing the content of the website on social media platforms, collect feedbacks, and other third-party features.
Performance
Performance cookies are used to understand and analyze the key performance indexes of the website which helps in delivering a better user experience for the visitors.
Analytics
Analytical cookies are used to understand how visitors interact with the website. These cookies help provide information on metrics the number of visitors, bounce rate, traffic source, etc.
Advertisement
Advertisement cookies are used to provide visitors with relevant ads and marketing campaigns. These cookies track visitors across websites and collect information to provide customized ads.
Others
Other uncategorized cookies are those that are being analyzed and have not been classified into a category as yet.
SAVE & ACCEPT
49 shares