Flash back to Summer 2013. See that chick on the far left? That was me. Getting ready to start my sophomore year of college. Weighing in at 206 pounds in size 14 pants, size L-XL shirts. 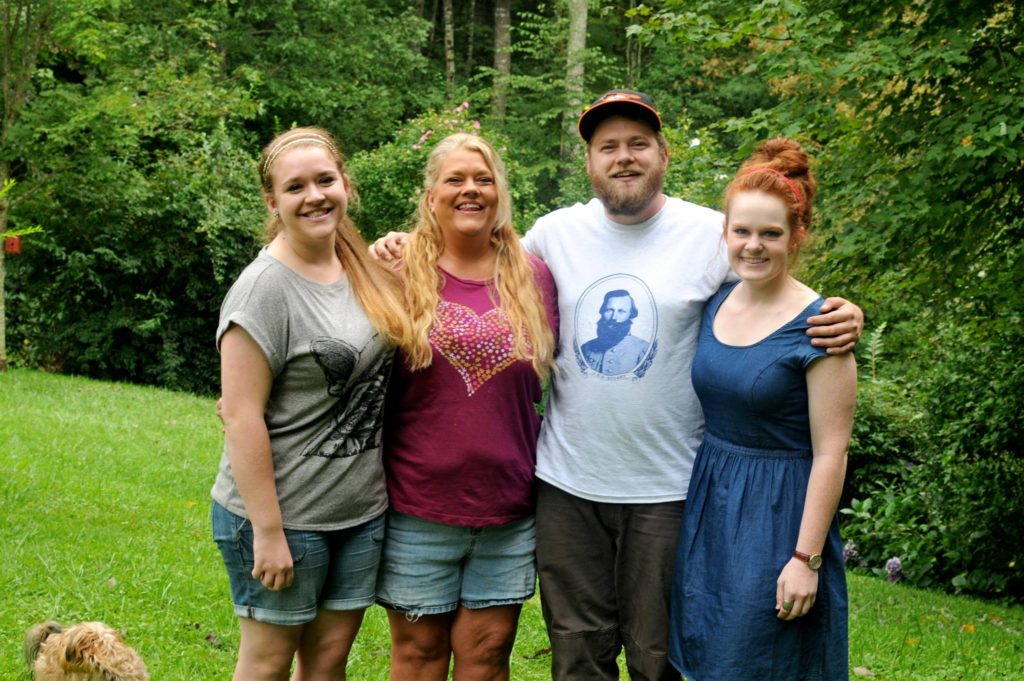 In the South, it’s normal to replace drinking water with drinking sweet tea. And butter instead of olive oil. And biscuits with every meal.

However, I began having a hard time doing normal things like walking up a hill to go to class. I realized I needed a change.

So, New Years of 2014 (because come on, who actually tries to lose weight during the Holiday season!?) I made it my goal to get healthy. I was going to actually lose the weight. So, I went out and bought two 2 lb. weights (yes, you read that right, 2 LB WEIGHTS!) and Jillian Michael’s 30 Day Shred DVD. I also downloaded the calorie counter MyFitnessPal.

For months, I did the 30 Day Shred DVD everyday in my living room, eventually upgraded to 5 lb. weights and ate a lot of low fat, processed foods to try and lose weight. (My favorite things to eat were packaged “healthy” oatmeal sweetened with artificial sugars and Lean Cuisine Frozen Pizzas.) 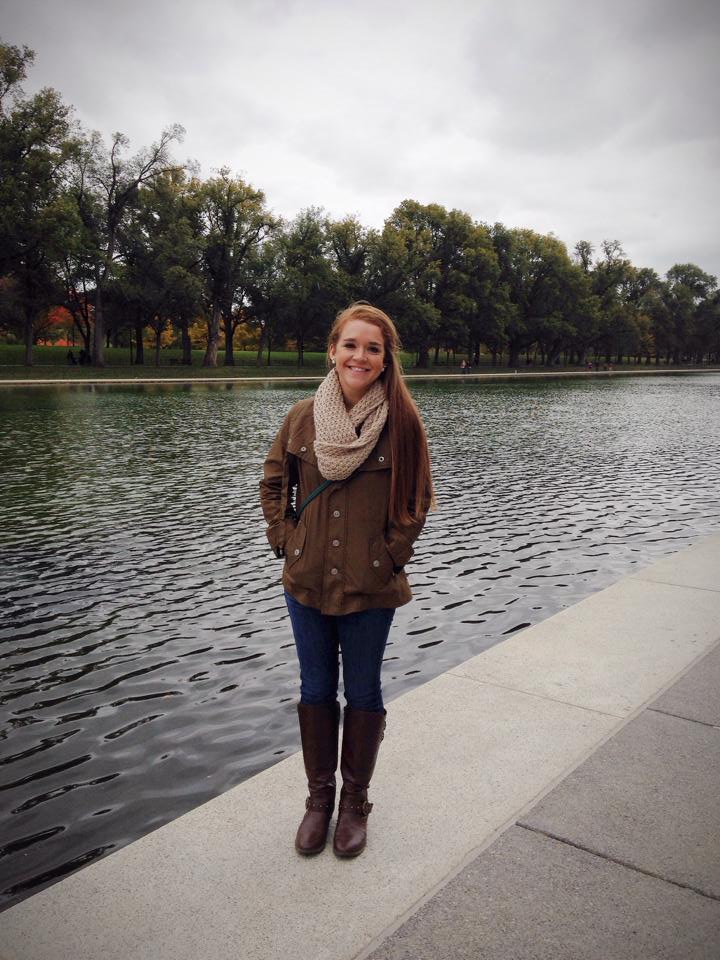 So, I had made it down to my “goal weight”. However, at this point…I wanted to keep going. I began working out twice a day, only eating around 800-1000 calories per day. I recorded every single morsel of food I ate in my app to the point where my Mom became worried. There were times when I would binge eat junk food because I would deprive myself. I wound up literally hating the way my body was….there were some days that I would just take a bite of junk food (anything sweet was my weakness) and I would chew it for a minute and then spit it out because I knew it wasn’t good for me. I ended up down to about 115 pounds at my lowest weight. 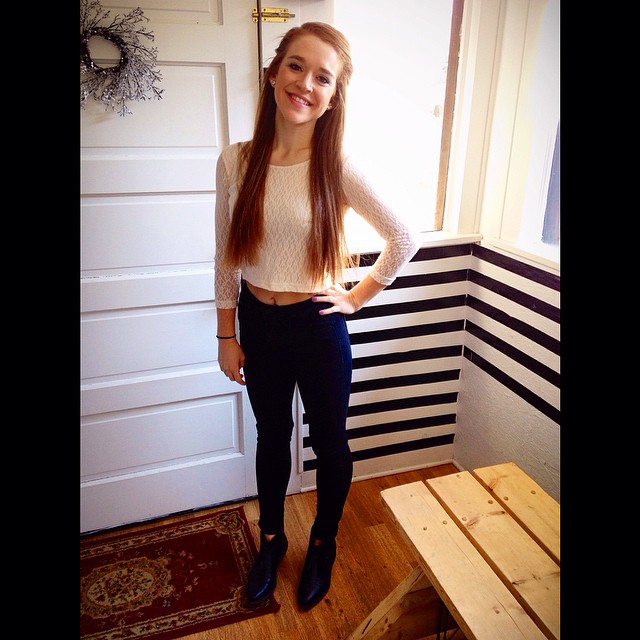 Then, I met my now husband, Ben. He let me in on a little secret – that frozen microwaveable meals that were labeled as “healthy” were actually not good for me at all. We began going to the farmers market and buying fresh, local vegetables. He also taught me that it’s okay if I have some pizza or a burger and fries. In fact, that’s normal life. It’s called indulgence. However, the balance comes into play when we also add more vegetables to the mix.

With God’s grace and Benjamin’s constant encouragement, I have overcome my eating disorder. Now don’t get me wrong, there are days when I still hate my body. There are times when I think that the greasy, delicious slice of pizza I’m eating will make me gain 80 pounds. Those are the times when I have to celebrate the small victories. The victories that include eating the pizza anyway. Or thanking my body for being so strong and beautiful.

One of my favorite Bible verses that I always think of when I’m feeling down about myself is as followed: “That is why I tell you not to worry about everyday life–whether you have enough food and drink, or enough clothes to wear. Isn’t life more than food, and your body more than clothing?” (Matthew 6:25, NLT)

I realized that my life means SO much more than eating and hating my body. God made me just the way he intended. And with his unfailing love and the support I have from my wonderful family, I can make it through each day, knowing that I am beautiful.

This is me now. Happy, healthy, living a life that I love. 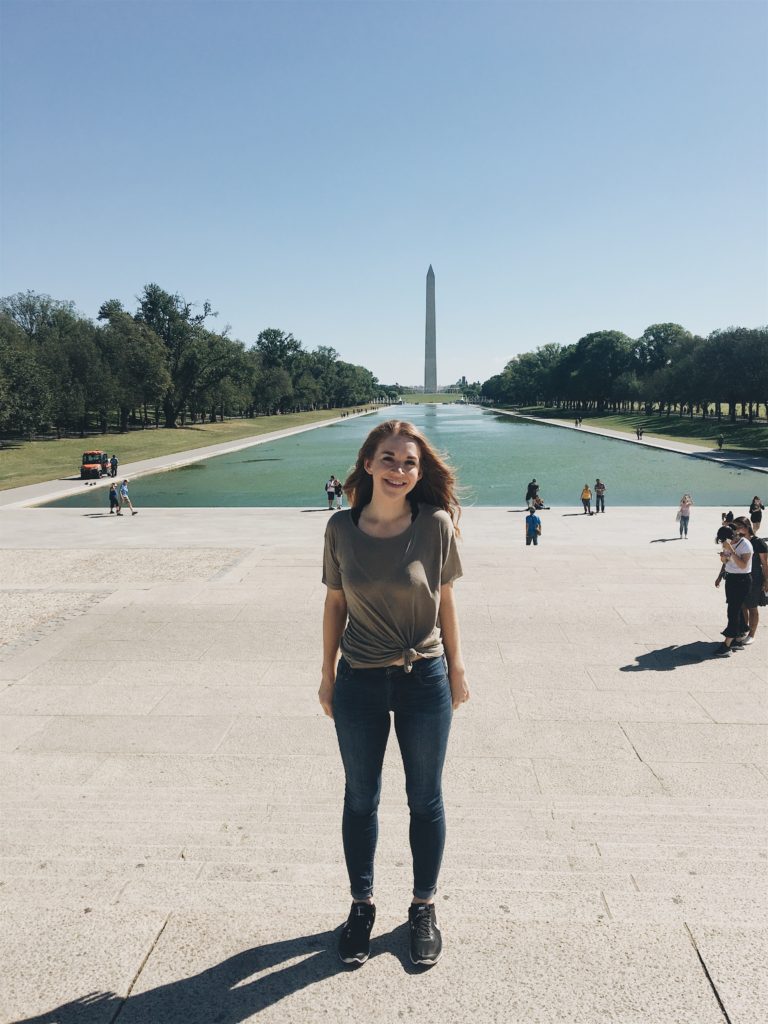 You can check out a video of my story that the 700 Club did HERE. It goes into more detail. Thanks for your support, my friends! Xo

This website uses cookies to improve your experience while you navigate through the website. Out of these, the cookies that are categorized as necessary are stored on your browser as they are essential for the working of basic functionalities of the website. We also use third-party cookies that help us analyze and understand how you use this website. These cookies will be stored in your browser only with your consent. You also have the option to opt-out of these cookies. But opting out of some of these cookies may affect your browsing experience.
Necessary Always Enabled
Necessary cookies are absolutely essential for the website to function properly. These cookies ensure basic functionalities and security features of the website, anonymously.
Functional
Functional cookies help to perform certain functionalities like sharing the content of the website on social media platforms, collect feedbacks, and other third-party features.
Performance
Performance cookies are used to understand and analyze the key performance indexes of the website which helps in delivering a better user experience for the visitors.
Analytics
Analytical cookies are used to understand how visitors interact with the website. These cookies help provide information on metrics the number of visitors, bounce rate, traffic source, etc.
Advertisement
Advertisement cookies are used to provide visitors with relevant ads and marketing campaigns. These cookies track visitors across websites and collect information to provide customized ads.
Others
Other uncategorized cookies are those that are being analyzed and have not been classified into a category as yet.
SAVE & ACCEPT